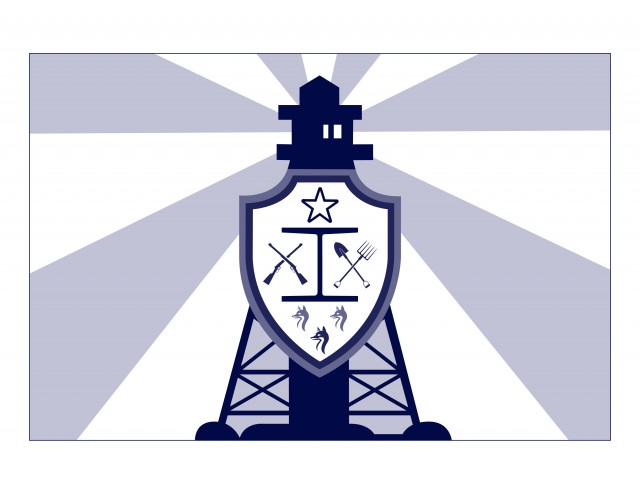 LINK TO ORDER: Product Catalog for Edgemere-Sparrows Point Recreation Council (sportssignup.com)
ATTENTION, ATTENTION!!! It's..... ALIVE!!!! Our Edgemere Community Flag (designed 2 years ago) is now a real live breathing entity!!!
Fly it proudly around the community (assuming your flag pole is still standing after last night). Celebrate the rich history and proud tradition of the Edgemere-Sparrows Point communities with yours today!!!
Link to order: https://edgemeresparrows.sportssignup.com/MySportsStore
The Anatomy of Our Flag:
The Star: Not long after Bethlehem Steel built the Sparrows Point steel mill’s massive “L” blast furnace in 1978, the “Star of Bethlehem” shines over the steel mill as a tradition every December. The Star of Bethlehem at Sparrows Point is a sign of respect for the great community and rich history at the mill as well as a symbol of hope for a bright future.
The Crossing Guns: Baltimore County’s Battle at North Point during the War of 1812 is a prominent part of American history. The crossing guns honor all who fought for the land and our freedom during the War of 1812.
The Pitchfork & Shovel: Agricultural fields on the North Point Peninsula have been continually worked for over 350 years beginning with Thomas Todd in 1664. The initial cash crop was tobacco. Today, being near these farm fields still evokes imaginations of an earlier time on the “Patapsco River Neck”.
The Three Fox Heads: The sigil of the Todd’s family. The Todd family were the first settlers of the area. The farm is a colonial homestead and graveyard. It was used by Maryland militia as a lookout post during the War of 1812, Battle of North Point, September 12-14, 1814. The original house burned down by the British. The existing house was rebuilt in 1816 is now a museum and interpretive site.
The I-Beam: The wide-flanged beam, pioneered by Henry Grey and manufactured in Bethlehem Steel in 1908 was unlike any other produced in the United States. The I-Beam was a revolutionary advancement that allowed builders to use a steel frame to strengthen and stabilize buildings far better than stone or wood.
The Lighthouse: Lighthouses are constructed to withstand powerful storms and are frequently depicted as symbols of strength, shelter, protection and peace. The Millers Island Lighthouse is a strong symbol of those very traits that our community shares.
The 14 Beams of Light: The 14 beams of light emitting from the lighthouse represent the 14 sub-communities of the Edgemere-Sparrows Point Area, Beachwood-Cedarcrest-Edgemere-Fort Howard-Jones Creek-Lodge Forest-Lynch Point-Millers Island-Penwood Terrace-Sparrows Point-Sycamore-Todd’s Farm-Triple City-Waterview.
We would like to THANK the following for their contributions to the flag concept:
*The Edgemere-Sparrows Point Recreation Council
*Chris Dernoga (Boy Scout Troop 427)
*Fran Taylor (North Point Community Council)
*Al Palcher (North Point-Edgemere Volunteer Fire Department)
*April Green (Resident) for creative descriptions of the flag
*Katie Jordan (Resident) for starting point concept design
*Kat Klos (Resident) for the concept art and flag design layout!
External links are provided for reference purposes.Edgemere-Sparrows Point Recreation Council is not responsible for the content of external Internet sites.
CopyrightEdgemere-Sparrows Point Recreation Council All rights Reserved. Privacy Notice
Sports League Management Software bySportsSignUp Play